Meet Our Staff our staffour history

our staff
our history 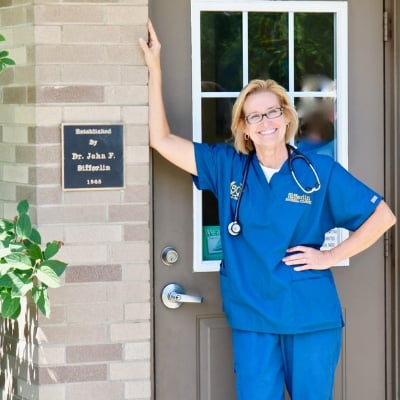 Dr. Sally Sifferlin graduated from the Ohio State University College of Veterinary Medicine in 1989. After graduating she returned home to practice at Sifferlin Animal Clinic. She is the sole owner and operator of the practice, and also the Pet Center, a boarding and grooming facility. Previously she has served as a board member of the Ohio Animal Health Foundation.
Dr. Sifferlin enjoys all aspects of Veterinary Medicine, but her favorite aspect is soft tissue surgery. She thoroughly enjoys working with her dedicated team members. Being able to practice in her home town with her loyal clients and their pets is her greatest reward professionally. 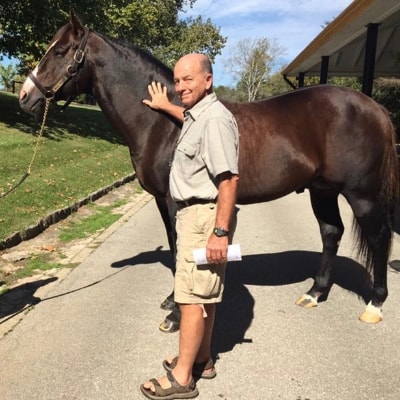 Dr. Neal Caldwell is a graduate from the Ohio State University College of Veterinary Medicine. Previously he was a co-owner and operator of a Veterinary Hospital in Coshocton, Ohio. Dr. Caldwell has been published multiple times and has participated in clinical trial work. He has provided veterinary services worldwide in places such as Mongolia and Honduras. In 2006 and 2007, Dr. Caldwell was the Interim Director of the Veterinary Technology Program at Kent State University, Tuscarawas Campus. In 2012, he worked for the United Nations in Africa.
Since 2007, Dr. Caldwell has practiced Veterinary Medicine here at Sifferlin Animal Clinic. He brings to us his diversity, wealth of knowledge, and experience. 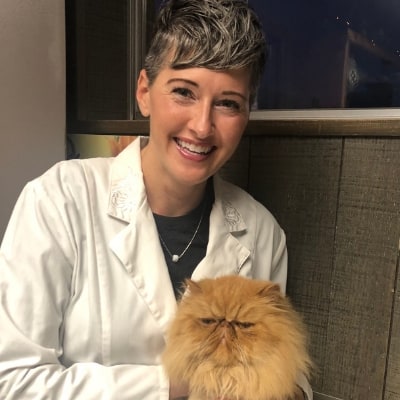 Dr. Evanne M. Thompson received a Bachelors Degree in Animal Science from OSU in 1999. She also is a 2004 graduate from the Ohio State College of Veterinary Medicine. She previously was a large animal veterinarian at Three Rivers Veterinary Hospital and practiced as an Emergency Veterinarian at Green Animal Medical Center.
Dr. Thompson currently practices as an Emergency Veterinarian at the Animal Emergency Clinic in Mentor, Ohio. She has been practicing Veterinary Medicine here at Sifferlin Animal Clinic since 2007. Dr. Thompson’s knowledge of critical animal emergency care and her ability to multitask is a great asset for our practice. 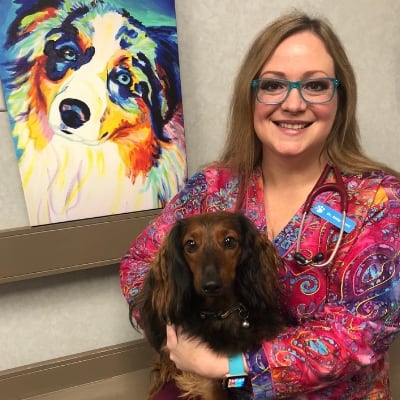 Dr. Abby Gano graduated from The Ohio State University College of Veterinary Medicine in 2001. Prior to that, she attended Kent State University, Tuscarawas Campus and OSU where she earned a Bachelors Degree in Animal Science. Dr. Gano first discovered her love of Veterinary Medicine when working as a Veterinary Assistant at Sifferlin Animal Clinic in the mid-90s. After practicing in Cleveland for 15 years, she has returned home to Tuscarawas County and is excited to be working in a career she loves with a great team. Her favorite things are wagging tails, cold noses, gnomes and ice cream. 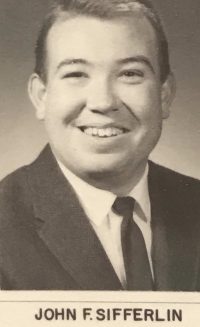 Dr John F Sifferlin founded Sifferlin Animal Clinic in 1968.   His dream of becoming a Veterinarian, hard work, and dedication to Veterinary Medicine made our clinic possible.  He is still missed daily. 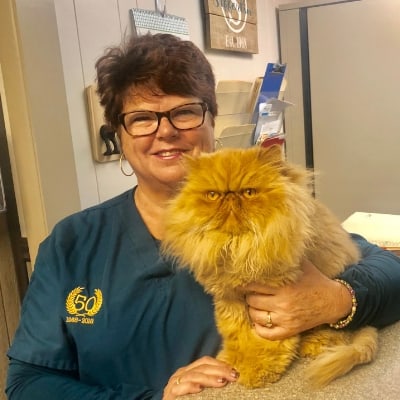 Cathy Smith is our “do everything with a smile” receptionist, she joined Sifferlin Animal Clinic in 1994. Prior to 1994 she worked for 7 years at a Veterinary Practice in Navarre, Ohio. Cathy is usually the first and last person you talk to at our clinic, she is our liason to the public.
She is a huge asset to our clinic because of her dedication to our clients, her friendly personality, her depth of experience, and her steadfast ability to be a team player. When asked what she likes the most about her work, she says, “it is the pleasant work atmosphere and the comradery of the practice.” Our clinic would not be the same without Cathy. 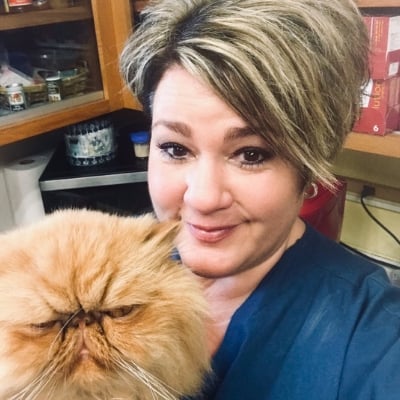 Kellie Feik received an Associate Degree in Applied Science from Columbus State Community College in 1990. She is a Registered Veterinary Technician and joined Sifferlin Animal Clinic in 1990. Kellie works primarily as a Surgical and Dental Technician. Her loyalty to the clinic and dedication to our clients is priceless. Kellie has placed many homeless pets in great homes throughout the years, making many families quite happy. She thoroughly enjoys working with our patients and forming bonds with our clients and for that we are eternally grateful. 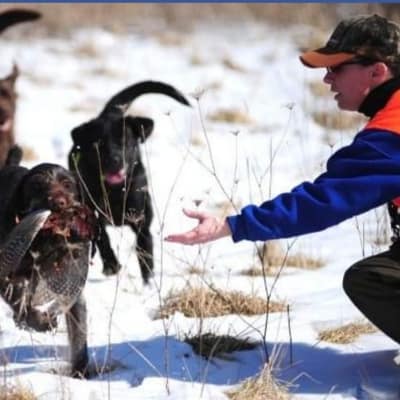 Jen Nign has been at Sifferlin Animal Clinic since 2006. She works as a Veterinary Receptionist and Assistant. She loves sporting dogs and spends as much of her time with them as possible. Jen is very people oriented and enjoys meeting and getting to know our clients. Jen finds the diversity of the clinic exciting. Being part of a working team is a great reward for her. 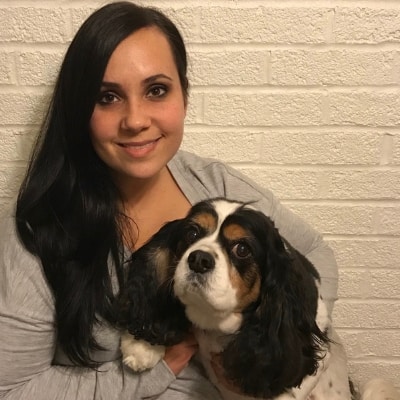 Nicole Geissinger has been with Sifferlin Animal Clinic since 2007. She began working at the clinic through an internship program and is currently a Veterinary Assistant. The best part of Nicole’s job is knowing that she is making a difference in the health and welfare of our patients. Being part of the team at the clinic and learning something new everyday is why she loves her job. 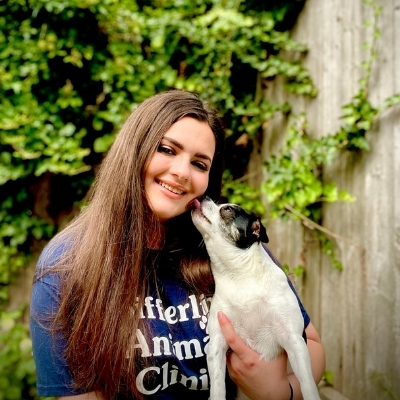 Sydney joined our team in July 2017.  She received her Associate Degree of Applied Science as a Registered Veterinary Technician.  Sydney’s favorite part of her job is enabling top care for every patient she sees! 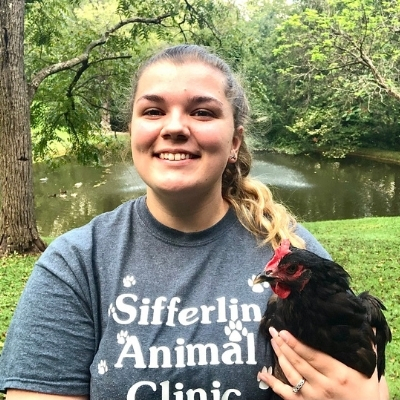 Mackenzie McClure joined our team in 2017. She received her degree of Applied Science as a Registered Veterinary Technician. Mac loves being able to advocate for animals that don’t have a voice. 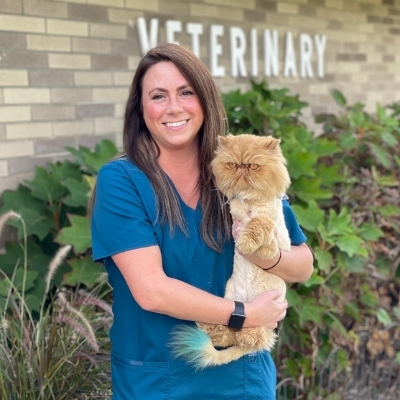 Hallie Jenkins joined our team in 2020. She brought along 10 years of veterinary medicine experience. She is an assistant in appointments. Her best part of her position is working with our feline patients, and being able to provide curbside service to our clients that need it. 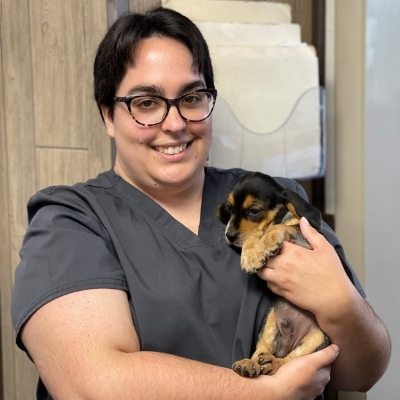 Abby Maple joined our team in 2020. She came to us with 2 years of experience in veterinary medicine. She assists at the front desk and in appointments. Her best part of the job is seeing and meeting all our patients. 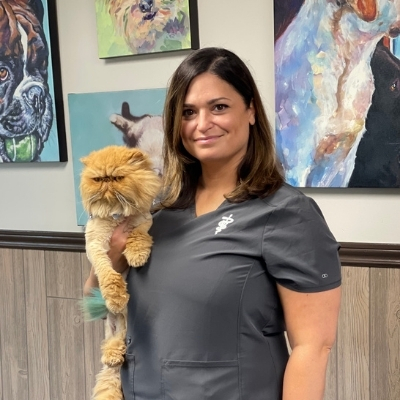 Stephanie Morsello joined our team in 2021. She is our Administrative Assistant. She has a BA in Corporate Communications from Walsh University. She has 10 plus years experience in management, sales and marketing. Stephanie’s best part of her job is working with the staff and our clients. 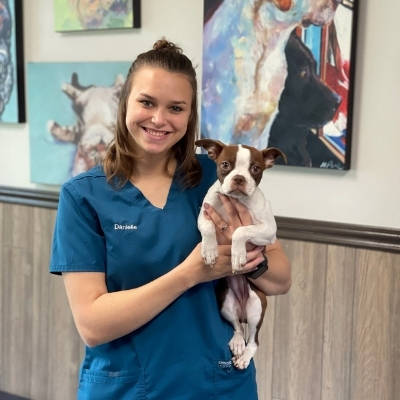 Danielle Dieter joined our team in 2019 through an internship. She is in her second year at KSU, and is in her first year of the Veterinary Technician program. Her best part of her job is administrating care and kindness to our patients. 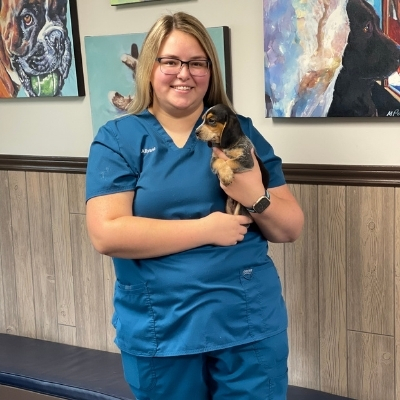 Allyssa Hogue joined our team in 2020. She is in her third year of college at KSU, and is in her second year of the Veterinary Technician program. She will graduate in 2022. Her favorite part of her job is to help clients better understand animal welfare, and to help guide them towards better health care for their pets. 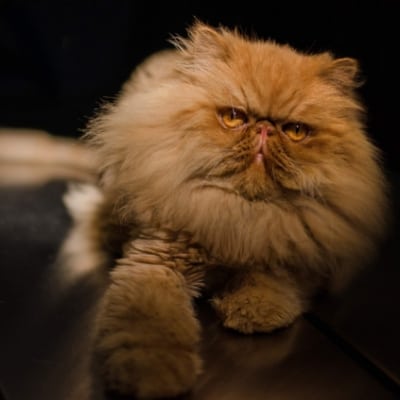 Our history begins in 1966 when John F Sifferlin graduated from The OSU Veterinary School. He then took his family to Marysville, Oh to practice in a mixed animal Veterinary Practice. In 1968 he moved his family to Dover, Oh because of the large population of cattle and horses. He then established Sifferlin Animal Clinic and initially he was specifically a large animal Veterinarian and had no intention of practicing on small animals. But, as fate had it, future clients managed to find Dr Sifferlin on Wooster Ave, Dover Oh. They soon knocked on his back door in the evenings holding their sick dogs and cats. Little by little word got out he would diagnose and treat dogs or cats in the evenings (after his supper)….so began the line down his sidewalk that lead to the basement door. It became a family practice, Sue Sifferlin (wife) made a makeshift clinic in the basement and assisted in appointments with her husband. And with a continual support from the community the practice grew exponentially.

Soon in 1970 Dr Sifferlin bought property on State Route 39 NW and built which is now the current site of the practice. In 1972, he added on and doubled the size of his building. As the years went by, his practice evolved to be an exclusive small animal practice. He was a pioneer in our local veterinary community; in the early years he was the first one to purchase a “large animal truck”, he wrote in the Times Reporter, and his practice was featured in Veterinary Economics Magazine. He was widely respected by his peers and beloved by his clients and patients.

In 1986 Dr John F Sifferlin unexpectedly passed away. His practice continued with the support of his family, dedicated employees and loyal clients. In 1989 his daughter, Dr Sally Sifferlin, graduated from The OSU Veterinary School and came back home to practice at Sifferlin Animal Clinic. The practice continues to grow and evolve, which we are eternally grateful to the community for its support.